Holding his bachall with sickle head he stood
Between the gathered folk and the sacred oak.
The bark scraped off one side, many ogham runes
Were etched into the Tree’s flesh so laid bare.
He’d watched the flight of the wrens that day to scry—
From the wild and twisting patterns as they fly—
Who had been chosen as sacrificial gift.
The divining spoons had reaffirmed the choice,
And now the people answered—as with one voice,
Echoing his words, responding to his chants.
The Day of Samhain, told by the rising sun,
Had come around again. Soon stark Winter’s woes
Would kill the Earth. It needed to be reborn.
And, as it chanced that night, the pale crescent moon
Glowed on the blade of the sickle in his hand—
A larger arc than the symbol on his staff,
Made of pure silver, with oak leaf pattern etched.
Then a silence, as they led the young man forth,
Paler in the wan light than the rest were pale.
They knelt him before the Priest, facing the folk.
More chanting. And then—the blade was pulled across….
And though the young throat brought forth no final sound,
All heard—even the chosen one—suddenly—
The wrens crying from the branches of the oak.

Frank Coffman
I am a writer. My special interests are in speculative poetry and fiction across the several genres of Weird, Supernatural, Horror, Fantasy, Science Fiction, Detection, and Adventure. My poetry is, almost exclusively, traditional and formal rhymed and metered verse. I reject the notion that there is a "New Formalism," since I don't believe the "old" kind ever died. A retired professor of college English, Creative Writing, and Journalism, I have published poetry, fiction, and scholarly research in a number of journals, magazines, and anthologies.. I selected, edited, introduced, and did commentary for my ROBERT E. HOWARD: SELECTED POEMS. Interested in Stylometric Analysis and Formalism and in Rhetorical and Symbolic Criticism specifically. 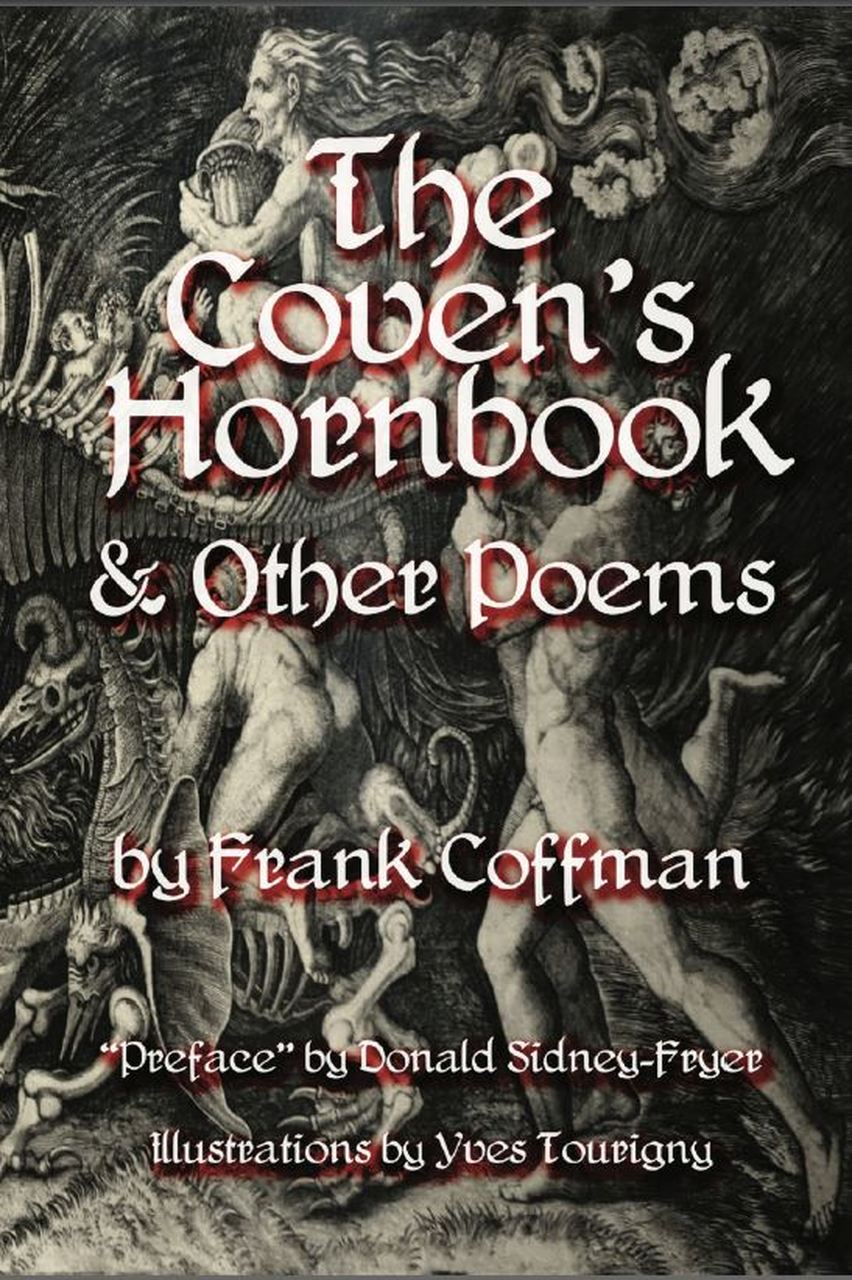 My Magnum Opus of 266 poems across 15 sections: speculative genres and MORE! Including homages to fellow poets and authors, ekphrastic poems, metapoetry about the craft of writing poetry itself, and some traditional pieces. For the aspiring poet it ialso includes a large Glossary explaining the many unusual, experimental, and invented forms used therein. [254 pages] from BOLD VENTURE PRESS

LINKS to BLOGS and SITES